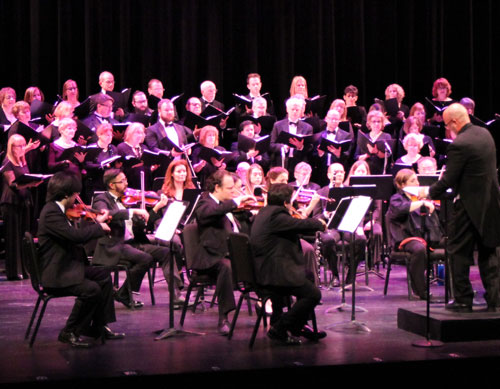 The Garden State Philharmonic Chorus, under the direction of Steven Russell, is a passionate 45-voice auditioned chorus of area residents. The GSP Chorus has been performing classical choral music at the Jersey Shore since its founding in 1984.  The GSP Chorus performs music ranging from classical masterworks, with the Garden State Philharmonic Orchestra to lighter pops repertoire.  Rehearsals take place weekly, September to the end of June, on Wednesday nights from 7:30pm – 9:30pm on the Campus of Ocean County College.  The GSP Chorus is currently accepting singers of all voice parts, ages high school and up.  If you would like to join the Garden State Philharmonic Chorus, please call or email the office to schedule an audition, or fill out the interest form by clicking the link below.

Steven Russell has had a full time career of over 34 years as a musician/conductor in churches, schools and choruses in Monmouth County. He is the owner of Becoming Sound LLC, which was founded in 2013 to guide those on the path to health and wellness of body, mind, and spirit through music, massage therapy, and yoga.

Steven served as the Artistic Director for the New Jersey Gay Men’s Chorus from 2002-2014, and the Rutgers University Queens Chorale from 1988-2002, and was Interim Artistic Director of the Shrewsbury Chorale from 2001-2002. Steven was the Assistant Conductor of the Monmouth Civic Chorus from 1996-2001, and their Scandinavian Tour Conductor in 1996. He conducted the All Shore Chorus in 2003 in an all-American program featuring Bernstein’s Chichester Psalms. Steven most recently founded the Ravine Crossing Chamber Chorale, which performed from 2014-2017. He was the Founding President of the New Jersey Choral Consortium from 2008-2013. Steven has served as the chair of the Repertoire and Standards Committee for Community Choruses for the Eastern Division of the American Choral Directors Association from 2010-2011, and served the same for the New Jersey chapter from 2008-2010. 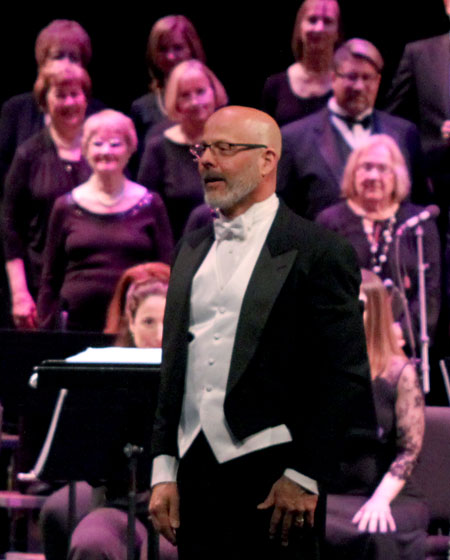