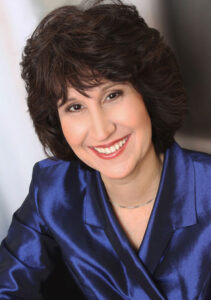 The Garden State Philharmonic is set to begin their 2021-22 live concert series this fall under the leadership of Music Director and Conductor Diane Wittry. The programs will begin on Sunday, October 3rd and will feature five symphonic concerts spanning from October 2021 to May 2022. This will be the organization’s 65th season in 66 years, and is the first season for the organization since a brief pause due to the pandemic in 2020-21.

Liam Frank, Operations Manager of the GSP, reflects on the state of live music and the organization coming out of the pandemic: “I feel blessed to be working so closely with music and with great people who are just as passionate about music as I am. Every facet of the music industry relies heavily on live performances, so the resilience and creativity of everyone at this organization has gone a long way in ensuring we can perform live for everyone again. We are all extremely excited to see patrons in seats at performances once again!”

Tickets can be purchased on the GSP website and include both single tickets and subscription packages. The performances feature diverse and engaging programs throughout the year. The first concert, “Strike Up the Band”, shows the progression of the Brass Band through various notable eras of the American music tradition. The second concert, “Women in Music”, includes pieces integrating various cultures written by notable composers throughout history who are women, and some current notable living female composers. The third program, “Peter and the Wolf & Music from Around the World”, features the famous Serge Prokofiev story, world music performed by the GSP Woodwind quartet with Percussion, and narrations and vocals performed by Baritone Edward Pleasant. The fourth performance, “Mozart, Beethoven, and More!”, features several string quartets by Mozart and Beethoven, and a world premiere piece by the GSP Composer in Residence, Ben Goldberg, a Toms River, NJ Native. The fifth and final performance is “From Bach to the Beatles”, a program featuring an intersection of pops and classical music to music by The Beatles.