History of the GSP Youth Orchestra

The Garden State Philharmonic has had a long-time commitment to enhancing the musical training of students in the region. The GSP Symphonic Youth Orchestra (SYO) was formed in 1970. This ensemble operates in a full orchestra format, complete with wind, brass and percussion instruments. The SYO has performed at Carnegie Hall and Avery Fisher Hall. Many SYO graduates have continued their musical studies and have become accomplished professional musicians. 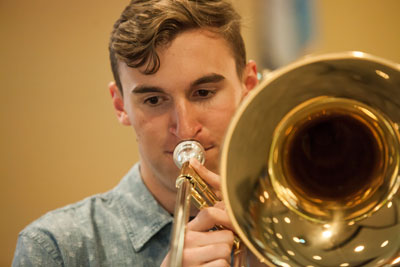 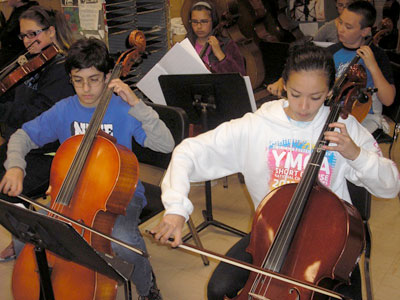 Every Tuesday night from October to June.  Classes are held on Zoom (link will be provided).  Music will be provided.  Class size will range from 5-8 students.  Teachers might give assignments in the form of videos to be uploaded in between classes.  There will be a fall session October to February, and a Spring session, February to June.  Cost per session is $220.   Each session will include 10 weeks of instruction, 1 hour per week,  and a final live stream performance.  Both merit-based and need-based scholarships are available due to a generous grant from Ocean First Foundation. 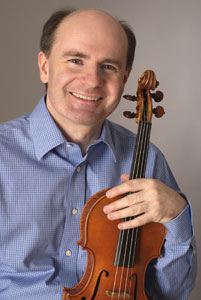 Uli Speth completed his undergraduate studies at the Mozarteum in Salzburg/Austria and earned his Master of Music from the Mannes College of Music as a student of Felix Galimir. Uli has performed as an associate first violinist with New York City Opera since 1997 and serves as Concertmaster of the Binghamton Philharmonic Orchestra as well as The Chappaqua Orchestra and has been guest concertmaster with Schenectady Symphony, Northeastern Pennsylvania Philharmonic, Clinton Symphony Orchestra and others. Recent engagements also include American Symphony Orchestra, The Florida Orchestra and Hartford Symphony Orchestra. Uli currently serves on the faculty of The College of New Jersey in Ewing, NJ as well as Eastern Music Festival in Greensboro, NC. 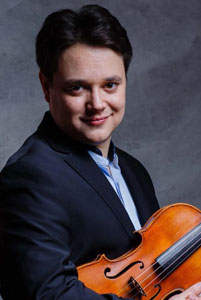 Nicholas Pappone, lauded as a “first rate” violinist by Maestro Lorin Maazel, makes a diverse career as soloist, chamber musician, orchestral musician, and teacher in New York City. Nicholas has performed with members of the Chamber Music Society of Lincoln Center, the Emerson String Quartet, the New York Philharmonic, Vienna Piano Trio, and the Zukerman Chamber Players. He has appeared as soloist with the Chelsea Symphony, Marina del Rey-Westchester Symphony, the Pacific Palisades Symphony, New York Session Symphony, and the New Westchester Symphony. Nicholas also performed with the Cleveland Orchestra as violinist and actor on the Musically Speaking Series in a unique collaboration with actor John De Lancie. 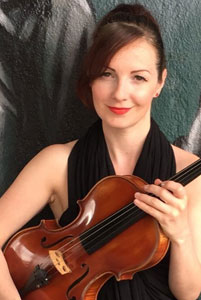 Krisztina Kiss is a Hungarian violinist and violist and is in her 2nd season with the Garden State Philharmonic and Diane Wittry. Krisztina earned her Master’s Degree studying at the Liszt Academy of Music in Hungary that is the only institution that was founded by Franz Liszt himself . Krisztina had done post graduate studies at the prestigious Mannes College of Music in New York City under the guidance of Cynthia Phelps the Principal Violist of the New York Philharmonic. 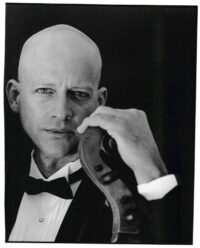 Cellist Arthur Cook has appeared as a chamber musician and soloist in summer festivals at Sandpoint, Meadowmount, Yale-at-Norfolk, Rutgers, Apple Hill, Taos, and Provincetown. He appears regularly on the North Shore Pro Musica chamber music series and with Blue Mountain Festival in concerts at Franklin Marshall College. This past summer, he performed in a series of online chamber music concerts for the Blue Mountain Festival, Gateway Concerts in Holyoke, MA, Pianoforia, and the Bar Harbor Festival; he also performed live concerts featuring works for cello alone in various parks throughout Jersey City. Mr. Cook has been on the faculties of Seton Hall University and Smith College. His teachers include Arthur Follows, David Geber, Felix Galimir, Louis Krasner, and John Sessions. He holds degrees from Texas Tech University and the Mannes College of Music. He is a free lance cellist in the New York metropolitan area and teaches privately from his studio in Jersey City. 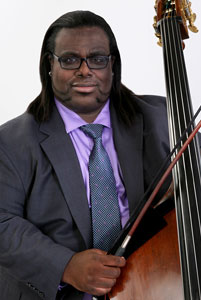 Nate White is well known as a freelance double bassist, private teacher, and conductor in his native New Jersey. Mr. White is a graduate of the John J. Cali School of Music at Montclair State University where he studied double bass with Linda McKnight and conducting with Paul Hostetter. As a soloist, Nate has performed concerti with several orchestras in NJ and NY. In 1999, he won the Grand Prize of the NJ ASTA State Solo Competition and in 2008 he won the Montclair State University Concerto Competition. Nate is a double bass professor at Montclair State University. He is also the Co-Founder and Artistic Director of the Freelance Ensemble Artists of NJ, Conductor of the FEA Symphony, and Music Director and Conductor of the Essex County Summer Players Orchestra. 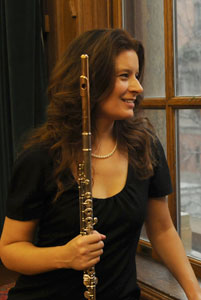 Allison Kiger has played with the Garden State Philharmonic since 2000. She studied flute professionally at Indiana University, McGill University in Montreal and at the Royal Academy of Music in London. She currently plays in several professional orchestras, including the South Florida Symphony, Allentown Symphony, and many others. She is also the Flutist and Director of the Monteux Heritage Orchestra, and Flute Soloist and Curator of the New Composers Program in Bar Harbor, Maine. 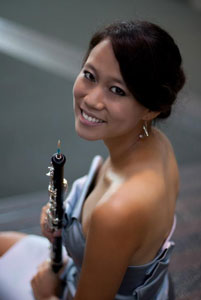 Emily Tsaibegan her musical studies at the age of four on the violin and began playing the oboe when she was 10. She is currently the oboist in the internationally renowned, award winning quintet, WindSync. Emily is dedicated to the education of young people, and has given masterclasses at Northwestern University, New World Symphony, and the Universidad de Panamá to name a few. Her main teachers include Richard Killmer, Mark Hill, and Malcolm Smith. BM, Eastman School of Music; BS, U of Rochester; MM, U of Maryland. 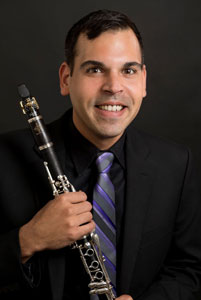 Christopher Nichols serves as Assistant Professor of Clarinet at the University of Delaware. He is an endorsing artist for Buffet Crampon USA, Legere Reeds and Silverstein Works. He regularly performs with regional orchestras such as the Delaware Symphony Orchestra, Kennett Symphony Orchestra and Allentown Symphony Orchestra. His recordings for Navona and Albany Records have received acclaim in publications such as Fanfare and Gramophone. 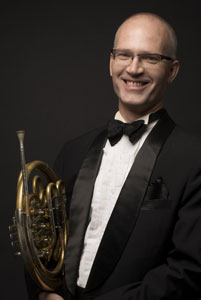 Norwegian horn player Karl Kramer is a prizewinner from several competitions including the American Horn Competition and the Scandinavian Horn Competition.  He is the recipient of several awards including the George and Elizabeth Gregory Award for Excellence in Performance, the American-Scandinavian Society Cultural Award and a working grant from Northern Manhattan Arts Alliance.  He performs as a soloist, chamber musician and orchestral musician across the world. 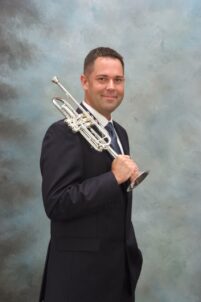 Michael began his studies on the cornet at The Salvation Army with Derek Smith at the age of 9.  He holds both a Bachelor and Master Degree from the Juilliard School where he studied trumpet with Philip Smith of the New York Philharmonic, Mark Gould of the Metropolitan Opera and Edward Treutel. He is a busy freelance musician within the New York area playing with the New York Philharmonic and the Metropolitan Opera.  He has also plays with the New Jersey Symphony as well as several shows on Broadway.  Michael is also a member of the prestigious Brass Band of Battle Creek.  He can be heard on many recordings of the New York Philharmonic, the New Jersey Symphony Orchestra, the Metropolitan Opera and both the Montclair Citadel Band and the New York Staff Band of The Salvation Army.  Michael is Professor of Trumpet at William Paterson University, in New Jersey. Michael has toured America, Japan, Australia, the UK, Canada, Norway, Sweden, and Korea as a soloist.  In 2014, Baker was a guest soloist at the International Trumpet Guild Conference. 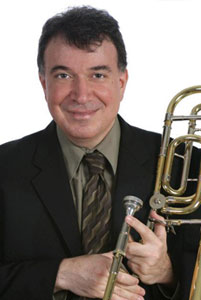